Hasbro has wowed fans at San Diego Comic-Con with their new Marvel Legends reveals (and their panel doesn’t even happen until 4:30 this afternoon!)

Now many of their newly announced items, as well as a few older reveals never put up for sale, can be preordered online!

Here are individual links to these new orders:

Marvel Legends Avengers Wave 5 —This wave of figures based on the Marvel Cinematic Universe include heavily requested Heimdall and Endgame War Machine — with the Build-A-Figure being Endgame‘s depressed Thor in houserobe and Crocs!

You can get this entire wave now at Entertainment Earth

If you only want some of the figures, or extras of some, those are up for order at Amazon:

Then in the Marvel Legends 80th Anniversary Collection the following Sets/Figures are available now to order:

And finally, while it’s sold out currently, keep an eye on Walmart’s website for their exclusive Captain America (Walmart usually goes in and out of stock repeatedly)

With the Hasbro panel later today there’s sure to be more updates, and we’ll keep you informed!

(Note that some of the links above are affiliate links. Using these links helps support this site)

Over the Moon for Mezco's SDCC Exclusive One:12 Moon Knight (Crescent Edition) 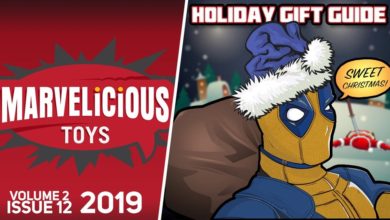