If you’re like me, you already own all the Marvel movies (Iron Man, The Incredible Hulk, Iron Man 2, Thor, Captain America) on DVD and Blu Ray, so the thought of shelling out $220 for a box set of movies, five of which you already own, may be unappealing. Even with Amazon offering the set for almost $80 off if you pre-order, it’s still a high price to get one new movie on DVD.

But with the announcement of the Marvel Cinematic Universe: Phase One – Avengers Assembled 10-Disc Collector’s Set  came two details:  the first is that the set is a limited edition.  Given that The Avengers is third biggest movie of all time, that means this set may very well sell out before it ever ships.  Second is that this limited edition comes with exclusive collectibles, so even if you already own five of the six movies, there’s still something here for you.

Last week Marvel released a commercial for the Blu Ray Box Set that reveals more details about the collectibles included in this box set.  You can watch the video below.

Listed as part of this set are: 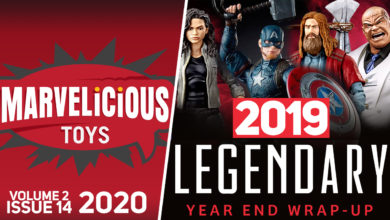 Follow
marvelicioustoys
Because not all Marvel collections can be bagged & boarded!