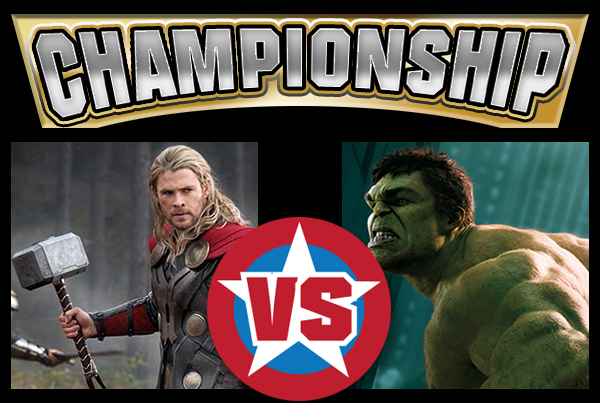 It’s a fight staged again and again.  It was in the first Avengers movie, and in countless comics. Now the two strongest Avengers are the finalists in March Marvel Madness. It’s Hulk vs Thor for the championship!

Both proved worthy competitors as they defeated every fight they had.  You can see the full result bracket of March Marvel Madness below: 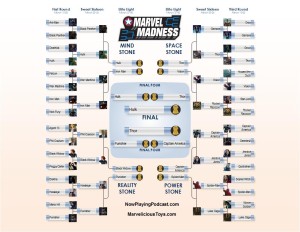 Who will win it all?  You decide so vote now!

Hear all the Marvel Movies discussed at NowPlayingPodcast.com

Marvel Madness — And the Winner Is……